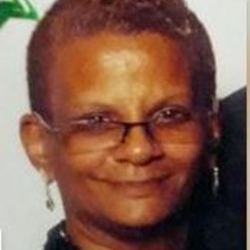 The 18-year-old man was shot in the chest on Holbrook Avenue in Flint around 11:35 p.m. Wednesday. He was rushed to Hurley Medical Center, where he died in surgery.

The man's family gathered at the hospital after he was rushed there. His grandparents were driving home around 2 a.m. Thursday after the 18-year-old was pronounced dead when they suffered another tragedy.

Two males age 17 and 19 had carjacked a Dodge Charger from a party store parking lot at Ballenger Highway in Corunna Road in Flint around 2 a.m. A Michigan State Police trooper spotted the stolen car and started a pursuit.

The crimes converged at the intersection of Home and Martin Luther King avenues in Flint. The carjacking suspects ran a red light and slammed into the grandparents' car as they drove home from the hospital.

Alison Looney, the 57-year-old grandmother of the Holbrook Avenue shooting victim, died in the crash. Her husband and the shooting victim's grandfather remained in critical condition Friday.

Police have not released any suspect information in the Holbrook Avenue shooting case.

The teens involved in the carjacking remained in custody, but hadn't been arraigned on any formal charges by Friday morning.