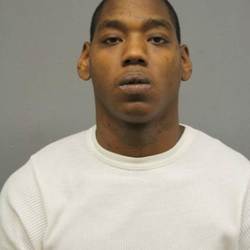 Alfontish Cockerham, 23, was pronounced dead at Northwestern Memorial Hospital at 10:57 p.m., according to the Cook County medical examiner’s office. An autopsy Friday found that Cockerham died of complications of multiple gunshot wounds, and ruled his death a homicide, according to the Cook County medical examiner’s office. Cockerham, of the 11800 block of South Harvard, had been charged before his death with one count of aggravated assault of a peace officer with a weapon, and one count of unlawful use of a weapon, both felonies, according to Chicago Police.

Footage of the incident obtained by the Guardian and embedded below, and the first-hand account of a witness on the scene, raise questions about the night, as a spotlight continues to shine on the Chicago police department. In the police narrative of that night, Cockerham pointed a gun at the cops, prompting them to shoot, according to police charging documents. According to an incident report, Cockerham was charged with aggravated assault for pointing a gun. However, the video – captured by a security camera at a payday lending business on the block – does not show Cockerham pointing a gun at police.

On December 16, 2015 autopsy results were released in the case.

In December 2018, a jury awarded more than $1 million to the family of Alfontish Cockerham. Attorneys said in a statement that the Cook County jury found the 23-year-old's 2015 shooting unjustified.