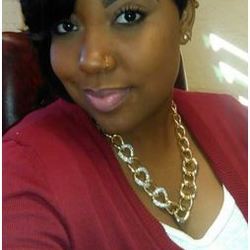 The Dallas Police Department said that on May 18 it "responded to a domestic violence call.

"The outcome ended tragically when a mother decided to kill her young daughter before turning the gun on herself."

Local station WFAA reported that Alexica and her husband had been drinking, and were arguing, according to detectives.

It's alleged that she chased him outside and fired a handgun at him multiple times.

After receiving the 911 call to Highcrest Drive about an "active shooter", cops rushed to the property.

Once there, "officers met with a male who stated his wife chased him out of the house and fired a handgun at him multiple times," the force added.

That man told cops his wife, Alexica Stevenson-Gates, was in the home with her nine-year-old daughter and 12-year-old son.