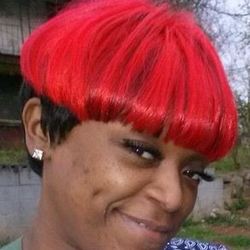 Alexia Christian, a 26-year-old African-American woman who was suspected of stealing an automobile, died on April 30, 2015 in the custody of the Atlanta Police Department. On September 1, family, activists, and several community organizations gathered to pressure APD Chief George Turner to release the dash cameras and surveillance videos from a nearby parking garage that would shed light on what happened. APD and Fulton County District Attorney Paul Howard, citing an ongoing investigation, have declined the family's requests to view the footage.

Alexia Christian’s sister, Ramada Christian, approached the Atlanta Citizen Review Board to launch its own investigation.

“Who says she shot first?” she said. “Who knows this? How do they know? No one has actually said, ‘I saw it with my own eyes.’”

Turner said only the APD squad car's front dashboard camera was switched on during the incident. The front dash cam, which faces outward toward the hood of the car and street, would not show Christian. It would, however, provide audio of the shooting — and potentially the officers' actions once they left the vehicle. The rear dashboard camera only turns on while police vehicles are in motion.

In October 2016, police released a dashcam video (embedded below) which provides audio of gunshots and words between the officers and Christian before she was killed.

Petition to release the videos