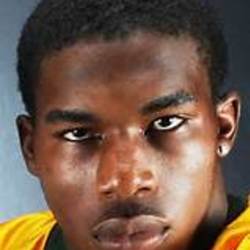 Asheville police said one of their officers shot and killed a suspect while responding to a burglary Sunday morning.

Officers said they responded to a report of a burglary at a home in the Camelot subdivision along King Arthur place at 7:27 a.m.

Police said officers arrived at the scene to find a suspect fleeing from the residence with a handgun. Police said a chase ensued and officers said the suspect pointed the gun at them and at some point discharged one shot, it's not clear if it was aimed at police.

Officers said Marion made into a wooded area and through to New Leicester Highway.

Police said he eventually emerged from the wooded area, where he encountered officers. According to police, Marion refused to comply with officers' commands and was shot and killed.

A friend of Marion, who didn't want to be identified, said he was a football star at A.C. Reynolds. That friend also happened to be at a stoplight on Leicester Highway when the shooting occurred. He said he saw Marion put his hands up when officers ordered him to, but he said the officers fired anyway.