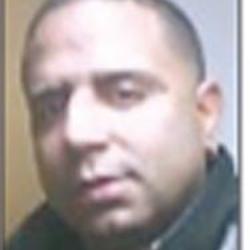 A tired police officer, poor planning and a series of bad decisions converged eight months ago to turn an attempted drug bust in Weare into a chaotic fatal shooting, the state attorney general said.

Attorney General Joseph Foster ultimately opted not to prosecute Weare police officer Nicholas Nadeau for the death of Alex Cora DeJesus, a decision made against a backdrop of laws and precedents that are weighted heavily in favor of an officer’s split-second judgment. Even if an officer’s perception is mistaken, he is spared legal consequences if he reasonably believed there was a threat to the officer or others.

But Foster’s report, issued this week, was highly critical of what he called an “ill-conceived” plan to snare a suspected drug dealer and the “rash and poorly-planned response” that led to DeJesus’ death the night of Aug. 14.

According to Foster’s report, police learned of DeJesus from a confidential informant who agreed to set him up in exchange for a reduced sentence on drug and DWI charges. Using two other informants, DeJesus was lured to a parking lot to sell $600 worth of heroin. At the time he drove from Manchester to Weare, one informant told police DeJesus had been using heroin and cocaine.

Five officers — including Sgt. Joseph Kelley, Nadeau and Officer Kenneth Cox — spread out in unmarked cruisers around the parking lot.

The 35-year-old DeJesus pulled in with his girlfriend in the passenger seat and parked. After the two informants met with him and walked away, three cruisers — blue lights flashing — and several officers with guns drawn approached.

DeJesus backed out and started to speed away when Cox fired two shots. Both bullets hit the car but missed DeJesus. Nadeau fired his shotgun, hitting DeJesus in the temple. The car kept going until it drifted off the road into a grove of trees a hundred yards away.

“There was no indication that DeJesus was armed or likely to be armed at the time of the incident,” Foster wrote. He also noted that evidence disputed Nadeau’s contention that he thought the speeding car was going to hit him or Kelley.

Foster also said he could not determine -- after an eight-month investigation -- whether Nadeau's actions were reasonable.