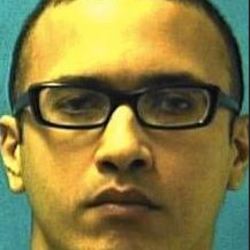 A burglary suspect was shot and killed by Orlando police as detectives attempted to serve an arrest warrant Thursday morning, officials say.

Cordero-Rivera was shot about 11:20 a.m. at his home in the 1100 block of Soria Avenue at the Villages at Costa Del Sol, a small gated community near Semoran Boulevard and LaCosta Drive, police say. Cordero-Rivera was sitting in a vehicle parked in the driveway of the home when two detectives arrived.

"After the detectives walked up to the parked vehicle, they looked inside and immediately saw the suspect with a gun," a statement from OPD said. "Due to the perceived deadly threat, one of the detectives removed his weapon from its holster and shot the suspect."