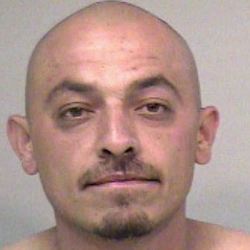 According to authorities, both a California Highway Patrol and Chowchilla Officer shot and killed 35 year old Alejandro Alvarado.

Madera County Sheriff's Deputies said officers were responding to a disturbance call on 4th and Alameda in Chowchilla when they saw 35-year-old Alex Alvarado pouring diesel fuel into a gutter, and lighting it-- starting a fire. They said Alvarado also threw lighter fluid under the Chowchilla police car.

Sheriff Jay Varney said officers tried to talk him down, he said they also used Tasers and high pressure water hoses, but nothing worked.

"At one point he approached the CHP officer and the Chowchilla officer with a knife, and they subsequently shot him, and he died at the scene."

The shooting happened in front of his family's home-- his sister says he was at the house to visit his mom. She said Alvarado got angry because his mom was not able to lend him a car.

"Nobody knew why he did it, I still don't know why he did it," said Daisy Alvarado, victim's sister. Through tears, his younger sister Daisy said he was trying to tell cops that he just wanted to see his kids.

"He was a good father, he loved his children, and he never ever got them in trouble. He treated my daughter as his own-- he was always saying mija, I love you."

Daisy said she was there as the events unfolded and said there was no reason he needed to be killed.