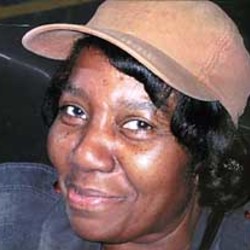 A 57-year-old Harlem woman preparing to leave for her longtime city government job died of a heart attack yesterday morning after police officers broke down her door and threw a concussion grenade into her apartment, the police commissioner said. They were acting on what appeared to be bad information about guns and drugs in the apartment.

Commissioner Raymond W. Kelly apologized to the family of the woman, Alberta Spruill, and said he had ordered an investigation of the entire incident and suspended the use of the grenades, which are meant to stun and disorient people with a loud noise and a flash. He said that he had reassigned the lieutenant who made the decision to use the grenade to administrative duties, pending the investigation, and that he would review how the grenades were used and search warrants carried out.

Mr. Kelly said that the officers were executing what is known as a no-knock search warrant based on information provided by a drug dealer, who told the police that his supplier stored guns and drugs in Apartment 6F at 310 West 143rd Street. The dealer had told the police that he had seen armed people in the apartment on three occasions and that there were dogs inside, Mr. Kelly said. But in the raid at 6:10 a.m., the officers found only Ms. Spruill, and realized the information was wrong.