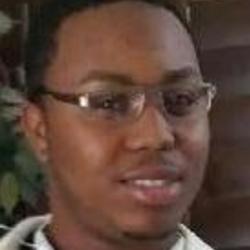 Albert Joseph Davis, died after he was shot in the chest by Officer Kelvin Vidro shortly after 1 a.m. at Watauga Woods apartments. Orlando police were called to the apartment complex near the intersection of Curry Ford Road and South Conway Road after a fight broke out among five people, including Davis. When Vidro tried to arrest Davis, he took off running but was caught about 100 yards away. Instead of surrendering, Davis chose to fight with the officer, Mina said. "Based on the physical evidence at the scene and radio transmissions, it appears there was a very, very violent struggle there," Mina said. "Our officer did use his Taser at some point during the struggle and a lot of his equipment, to include his Taser, baton, gun magazine, wristwatch and ball cap, were strewn about the scene of this violent struggle." Mina said Vidro fired his gun one time, hitting Davis in the chest. Police attempted CPR until paramedics arrived.

Torriane comments: This is not correct, the fight happened before albert came on scene. He was told by another officer that he could leave. The medical examiner said there was no taser marks on his body and Albert was shot at a distance. he was also running home, he was maybe 2 or 3 blocks from his home.How is it possible to get in a struggle but he was shot at a distance. They also reported the officer had no marks. Officer kelvin said the taser didn't work on him.