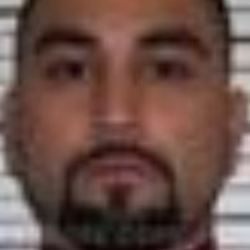 New Mexico State Police have identified the two officers who shot and killed a man on U.S. 380 two weeks ago as officer Jonathan Tenorio and officer Joseph Chavez.

State Police officers assisted the Lincoln County Sheriff’s Office with a nearly 12-hour-long standoff outside Carrizozo on Jan. 6 when Alan Huberth Franco-Armenta, 32, threatened to kill himself and refused to leave his vehicle, said Sgt. Elizabeth Armijo, an NMSP spokeswoman. Deputies first encountered Franco-Armenta at the scene of a domestic violence call but he fled, she said.

Throughout the nighttime standoff, officers saw and heard shots being fired, Armijo said, and in the daylight they saw Franco-Armenta was aiming at them.

Franco-Armenta was struck twice and died at the scene.