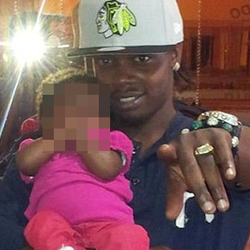 Gurley, 28, was shot in a dark stairwell of an East New York housing project building by Officer Peter Liang. Gurley was unarmed. Police Commissioner William Bratton called Gurley "a total innocent." "The cop who was standing behind Officer Liang doesn't know what happened; the girlfriend doesn't know what happened," a senior police official told the New York Times. "There is a distinct possibility that Officer Liang doesn't quite understand what happened." Aftermath: District Attorney Ken Thompson announced that he is investigating. On July 1st a newly released documents indicate that, as Akai Gurley bled to death in the stairwell, rookie cop Peter Liang and officer Shaun Landau argued for four minutes before getting help for the East New York native, according to newly released court documents.

The trial of Officer Peter Liang in Brooklyn's State Supreme Court is set to begin January 21, 2016. Liang faces manslaughter and other charges in connection with the death of Akai Gurley and has opted for trial by jury.

Police argued that a defective trigger was at fault in the shooting, because Officer Liang's gun's trigger only required 11.5 pounds of pressure to fire instead of the usual 12 pounds.

On February 13, 2016, the jury found Peter Liang guilty of manslaughter.

His NYPD instructor stripped of her duties.

On March 23, 2016, it was reported that Brooklyn District Attorney Kenneth Thompson believed a prison sentence was unnecessary for Officer Peter Liang.  Instead, Thompson said justice would be served if Liang served five years of probation. He also recommended a term of home confinement and community service.

On April 19, 2016 Peter Liang was sentenced to five years probation and 800 hours of community service. At the sentencing, the judge in the case also reduced the charge from manslaughter - a charge that could have resulted in up to 15 years in prison, to criminally negligent homicide.

On August 15, 2016, it was reported that the city of New York had agreed to pay over $4 million to settle a wrongful death claim filed by the family of Akai Gurley.