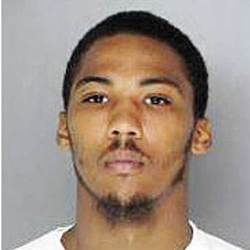 Adrian Williams, 29, of the 15216 ZIP code was shot by PA police. An autopsy was still being performed late Monday morning. "The officer told him to stop, drop the gun. He refused to stop. The officer believed he was going to shoot him, and the officer fired several times, striking the deceased in the upper torso of his body," said Allegheny County police Superintendent Charles Moffatt. The name of the officer who shot Williams has not been released by authorities, but sources identified him to Pittsburgh's Action News 4 as Officer Chris Kertis.

Why did officer Christopher Kertis, after seeing a gun “in plain view” on the seat, allow Adrian Williams to get in his car outside the Serenity Club and drive off before trying to stop him? Why did he not call for back up before Williams got in the car? Did he know it was Williams’ car?

That last question is the subject of social media commentary by some who believe the answer is yes, and that Kertis executed Williams because he walked from a very similar arrest two years earlier. Kertis was the arresting officer.

All that’s known for sure is that after an April 21 chase leading from Pittsburgh’s Larimer neighborhood into Wilkinsburg where it ended with Williams being shot–six times.

“He’s not shot in the back when he’s running away,” said Zappala. “When the officer strikes him, he is in possession of a handgun. As he goes down, the gun leaves his possession.”

Williams, 29, of Beechview, was hit twice in the back of the shoulder, under his left arm, under and through his right arm, and above his buttocks. He died at the scene. Zappala said the review is continuing, but would neither confirm nor deny whether Williams pointed his gun at Kertis.