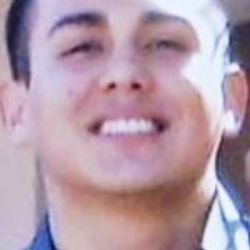 The family of a young man who died in an officer-involved shooting in mid-April is still trying to find out what led up to his death.

Around 5:50 p.m. on April 18, Imperial County Sheriff’s Office deputies made a traffic stop for an undisclosed vehicle code violation on Highway 86. A foot pursuit of the driver, Adrian Parra, 19, ensued, and during the foot pursuit, the driver pulled a firearm and pointed it at one of the deputies, sheriff’s Lt. Gordon Johnson has said.

A local family wants answers after their son was shot and killed by sheriff's deputies near Salton City.

19-year-old Adrian Parra from Mecca died April 18th after being pulled over by police.
The family emailed us asking us to investigate.

We spoke with Adrian's mother and the sheriff's department, trying to uncover what led to the shooting.
"Are you the parent of Adrian Parra, and I said yes, I'm the mother," Maria Duenas told officers the night of April 18th.

Maria Duenas buried her 19-year-old son, Adrian Parra, on April 25th.
She says Adrian was an honor roll student and graduated from Coachella Valley High last year.
"He had a dream to go to college and be someone, and that day he was going to see a girl on a date to the movies," said Maria.

Adrian was pulled over by deputies on Highway 86 near Salton City
In the course of that traffic stop, Adrian was shot and killed by deputies.

Since then, Maria has been trying to find out why.
"And I asked to see what happened to my son and they're like we can't give you information because it's an ongoing investigation."

Adrian's mother says he was shot at least three or four times.
"What happened, what went where they shot him so many times... why can't they answer the question if there was a camera," asked Maria.

The Imperial County Sheriff's Department won't reveal if the shooting was captured on a camera in the officer's vehicle.They did tell us two officers were put on administrative leave, but have since returned to work.