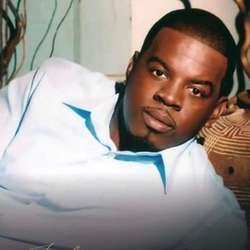 Adrian Medearis, a well-known local gospel artist who directed the gospel choir at Evangelist Temple Church of God In Christ in the South Acres neighborhood was killed in a traffic stop by Houston Police.

Medearis, 48, was a former director for the Prairie View A&M Baptist Student Movement gospel choir and founder of God’s Anointed People, a contemporary gospel group. He also performed with choirs at other churches

Medearis was pulled over around 1:30 a.m. by a Houston police officer, identified only as J. Ramos, in the 11700 block of the North Freeway. Ramos was conducting DWI enforcement on the highway when he clocked Medearis driving more than 90 mph, Houston Police Executive Asst. Chief Matt Slinkard said at the time.

During the stop, Ramos performed field sobriety tests and placed him under arrest for suspected DWI. A struggle ensued while the officer tried to handcuff him, Slinkard said. He said Medearis at one point grabbed Ramos’ Taser, and the officer fired his gun multiple times, fatally striking Medearis at least twice.

The officer suffered minor injuries, and no other officers or witnesses were on the scene. Police have not released footage of the incident. Houston Police Chief Art Acevedo told the Houston Chronicle late Sunday that he planned to reach out to Medearis’ family to discuss the chain of events that led to the shooting.

Acevedo said Ramos’ body camera was knocked off, but he reviewed videos from other vantage points that clearly capture the struggle.