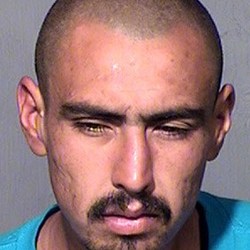 39 year-old Adam O'Neal Reinhart, was shot and killed when police responded to an unknown trouble call around 1:30 p.m. It was reported that a man was in the street behaving strangely and in danger of being struck by vehicles. When officers arrived, they tried to contact Reinhart and according to witnesses and officers, he pulled a gun from his waistband and pointed it at the officers.

Police said one officer fired once from his service rifle, striking Reinhart.

He was taken to the hospital where he later died.