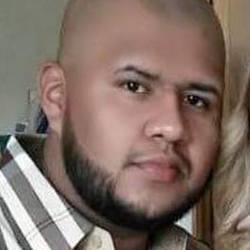 A suspect wanted for assault with a deadly weapon was fatally shot late Saturday during a confrontation with officers, the Anaheim Police Department confirmed.

The incident began about 9 p.m. when Anaheim police began assisting the California Highway Patrol in the search for a suspect who allegedly rammed his car into another car on the 91 Freeway near East Street, and then tried to ram a second car, the Anaheim Police Department said in a press release.

According to police, the suspect was driving a 2003 Honda Pilot that became disabled after he rammed it into a Honda Accord on the freeway.

The suspect and another man were seen jumping out of the car and running away from the scene, police said.

Police found the suspect in the courtyard of a home located in the 1300 block of N. East Street and an officer-involved shooting occurred.

The suspect was transported to the hospital, but was pronounced dead shortly after.

The suspect's identity was withheld pending notification of his family.

The officer involved in the shooting was wearing an activated body camera at the time.