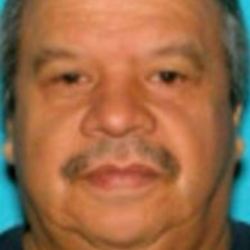 Abraham Martinez, 62, died from gunshot wounds and the manner of death is homicide, police action shooting, according to the Allen County Coroner’s Office. Martinez’s death is the fifth homicide in Allen County this year.

The Fort Wayne Police Department said officers were called just after 9:30 p.m. to the AutoZone at 310 Rudisill Blvd. on a report of gunfire. A city and Indiana State Police trooper arrived to find a man with a gun.

The man started shooting at officers, according to investigators. At that point, 12-year veteran Fort Wayne Police Officer David Wilkins fired back, fatally hitting Martinez behind a restaurant.

An employee inside the AutoZone was hurt by the man’s initial gunfire trying to intervene in a domestic situation, police said.

The officers involved haven’t been named. The incident is under investigation.

On April 12, 2016, it was reported that the prosecutor in the case had decided that the two police officers involved in the case won’t face charges because they acted in self-defense.