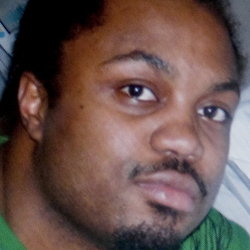 Officer James Quackenbush, having trouble with cell phone reception, sent text messages to the boyfriend, Aaron M. Campbell. "Aaron, we need to know if you intend on hurting yourself," Quackenbush texted.

Campbell responded, "Never. Wow you guys text too. You get kudos."

Campbell's humor put some officers at ease, but the officers standing ready in the parking lot with a high-powered rifle, beanbag shotgun and dog had no idea of the progress that other officers communicating with Campbell had been making, according to nearly 700 pages of police investigative documents released Tuesday.

It was Jones' aunt who had first called 9-1-1 that afternoon, saying she couldn't reach her niece, whose boyfriend had a gun and was suicidal over the death that day of his younger brother.

Once he made contact, Quackenbush kept his text messages going. "Thanks Aaron, I appreciate your help. I'm truly sorry about your brother, can you promise me you won't hurt yourself. Jim," Quackenbush wrote.

Campbell replied that the texting, not calling, was weird. So Quackenbush called and asked him to come out in a conversation marred by a bad connection and interference.

Suddenly, Campbell emerged, walking backward with his hands locked behind his head.

The five officers standing ready behind a parked patrol car and a garbage bin in the parking lot said they were surprised. They hadn't gotten updates on Quackenbush's text messages.

Officer Ronald Frashour, with his AR-15 rifle, stood behind the hood of the police car; Officer Ryan Lewton, taking cover with a beanbag shotgun behind the car's trunk, shouted to Campbell.

"He just stood there with his hands behind his head. So I shot him with the beanbag gun," Lewton said. He said he did so to gain compliance.

Lewton said the first shot hit Campbell in the buttocks, and he seemed to lean over, about to run. He fired five more shots at Campbell's lower back and buttocks, reloading his shotgun.

Frashour, to Lewton's left, said he didn't even know anyone was still inside the apartment after the children came out unharmed. When Campbell appeared, he said he was struck by the "determination of his walk," and kept his sights aimed on Campbell, who had his hands behind his head, while officers were shouting commands and the police dog was barking. He told detectives he didn't know what the officers were shouting.

"I just don't remember what they were," he said. "Officer (Jeff) Elias' dog was barking, and that dog barks loud."

Frashour said he heard Campbell say something, but couldn't tell what, yet said his tone was "aggressive and hostile and defiant and loud."

Frashour said he continued to aim at Campbell, and then suddenly he saw beanbag rounds strike him. He said Campbell took a "half stutterstep forward," with his hands still on his head, and was then beanbagged again.

Frashour said he saw Campbell's left hand reach toward his back waistband. "I mean he just dove his hand straight down the middle of his back, and instantly thought, 'He is pulling a gun out,'" he said.

He said he saw Campbell running toward the apartment complex, toward the right corner of a parked Volvo. "I remember thinking, 'I cannot let him get to hard cover 'cause he's gonna shoot at us, and he's protected if he shoots at us from there.' ... I knew there was a gun coming out of back of his waistband and before he got to the corner of the Volvo, I shot him.

"His back was my intended target," he said.

Frashour was not wearing an earpiece to listen to radio communications but said he had his radio microphone on his lapel. He said he wasn't part of any police planning on how to handle the situation and didn't know much when he was summoned to the scene upon the request of an AR-15-certified officer. He knew the suspect was black but he didn't have a detailed description, he told detectives.