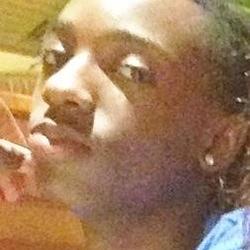 16 year old A'Donte Washington was shot and killed by police during a break-in at a Millbrook home in February 2015. A month after the shooting, Washington's mother said things were still unclear regarding the circumstances surrounding her son's death. “I buried my son and I still don't know what happened. I just know he's gone,” she said.

Washington was fatally shot by a Millbrook police officer after allegedly firing the first shot, according to court documents.

Chief Johnson was asked if the incident involving A'Donte Washington was captured on police body camera.

"The majority of my patrol that are on the street that are responsible for responding to calls for service every day do wear body cameras. I cannot speak to, due to an ongoing investigation, whether or not this particular offense was captured on body camera because that would be part of the investigation that the State Bureau of Investigation is handling," he responded. "I will simply state that our officers are equipped with body cameras and any evidence that there may be in reference to this case would be in the custody of the SBI."

"I called to the police station to get information to get answers and they wouldn't tell me anything. I asked where he got shot, how many times he got shot. They said they couldn't tell me. The only thing they could tell me that he brandished a gun at an officer. I asked if he actually shot at an officer and they said yes," Vernice Washington added.

Chief Johnson says Washington's family members, including his father, were notified by agents with the State Bureau of Investigation and Millbrook detectives on the day of the shooting about his death and were advised of what happened as soon as authorities could make contact with them. His father, according to officials, walked out of the meeting. Police spoke with Washington's mother by phone, he said.

Meanwhile, the State Bureau of Investigation continues their probe into the shooting. Their findings will ultimately be presented to an Elmore County Grand Jury.

On Friday afternoon, February 15, 2016, it was reported that the use of deadly force against him in February 2015 was deemed justifiable by an Elmore County grand jury.

In March 2018, Lakeith Smith, 18, was tried as an adult and convicted for the felony murder of Washington under Alabama's accomplice liability law. In April, he was sentenced to 65 years in prison Thursday. Smith was accused of being criminally responsible for the acts that led to Washington's death, the gist of Alabama's accomplice law.